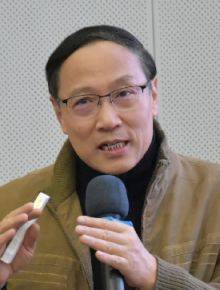 Dr. Fu earned his B.S. in Animal Science in 1982 and M.S. in Animal Physiology in 1985 at Zhejiang Agricultural University. He studied and worked in Germany from 1986 to 1995 and received a Ph.D. in animal genetics at Technical University of Berlin. Following an appointment as a professor of animal genetics at Zhejiang University, Dr. Fu returned to China in 1995. From 1998 to 2002, he went to Iowa State University for cooperative research (L. Christian’s Pork Industry Center and M. Rothschild’s Lab). Dr. Fu was Vice President of Animal Breeding and Genetics Society of China from 1999 to 2016. He worked for PIC China as Asia Technical Director from 2005 to 2012. Since October 2012, he has served as the CSO for Techbank Food Co., Ltd.