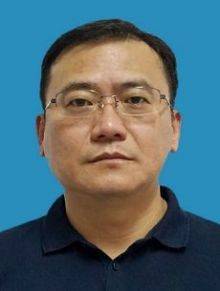 Director of the National Foreign Animal Disease Research Center which affiliated to China Animal Health and Epidemiology Center, and Director of the National Reference Laboratory of African Swine Fever. Professor Wu has devoted himself to the comprehensive prevention and control technology research of major foreign animal diseases such as African Swine Fever, Small Ruminant Disease, Cattle Nodular Dermatosis and Bovine Spongiform Encephalopathy (BSE) and has presided over and participated in national scientific research projects such as the 12th Five-Year Plan and the 13th Five-Year Plan. The diagnostic reagents such as African swine fever and small ruminant disease have been widely used in China and have played an important role in the relevant diagnosis and monitoring work. Since the outbreak of the first African swine fever in China in Shenyang, Liaoning Province, on August 1, 2018, Professor Wu has led the team to complete the definite diagnosis and recheck of the suspected epidemic for the first time, promoted the development of new vaccines and diagnostic reagents, which providing strong technical support for the prevention and control of African swine fever.