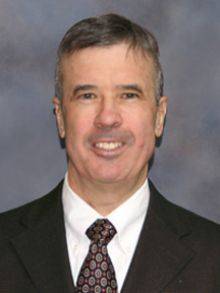 Dr. Connor obtained his D.V.M. and completed the Executive Veterinary Program at the University of Illinois. He completed master degree from University of Minnesota in 2006. Dr. Connor focuses on disease management, elimination, and biosecurity.  He was instrumental in developing technologies of segregated production and wean-to-finish.  He was founder of Carthage Veterinary Service, Ltd. (CVS) and Carthage System.  Dr. Connor received the Master’s Award from The National Hog Farmer in 2009, the Leman Science in Practice Award in 2004, and American Association of Swine Veterinarians (AASV) Swine Practitioner of the Year Award in 1995. In 1992, he was Howard Dunne Memorial Lecturer. In 2008, he was presented the Dr. Erwin Small Distinguished Alumni Award by the University of Illinois and wasawarded with the “First” Honorary Member of the Japanese Association of Swine Veterinarians (JASV)in 2008.